Multiple Sclerosis is a condition that is most prevalently observed in women than men. This has resulted in substantial research into variations in the immune system or neurological system between men and women, which may be caused by hormone levels, genetic variants, various environmental exposures and lifestyle choices of men and women. 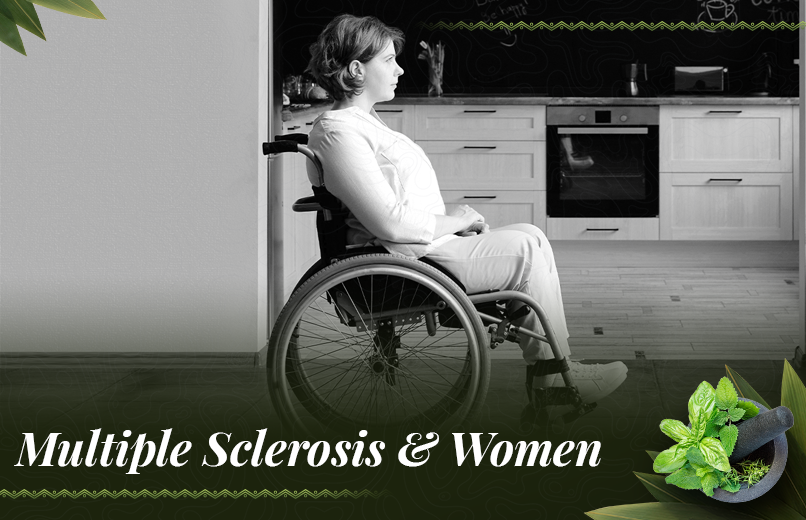 A recently discovered variation in the brain of men and women with Multiple Sclerosis (MS) may help explain why women are diagnosed with the disease at a higher rate than men, according to researchers from Washington University School of Medicine in St. Louis.

Although the leading cause of Multiple Sclerosis is unknown, the studies have shown that the condition is linked with other lifestyle factors like stress, hormone imbalance, inflammation, obesity, vitamin D and even smoking.  According to some researchers, MS symptoms that disproportionately affect women appear to be related to hormone levels. This means that variation in female hormones may have an influence on women being more prone to MS, and some others think that having decreased testosterone levels may play a role.

Having low levels of some hormones, such as androgens, increases the likelihood of acquiring MS impairment. And from the other extreme, it is the high levels of estrogen and progesterone that shields women with Multiple Sclerosis. Form such impairments.

Another common question regarding Women and MS is whether Multiple Sclerosis affects pregnancy. There are also some doubts pertaining to menopause.

There is no affirmation that women with MS have an increased risk of spontaneous abortions, stillbirths, or congenital disabilities. Several large-scale studies on women have stated repeatedly that pregnancy, labour, delivery, and the prevalence of foetal abnormalities are no different in women with MS than in women without MS. However, the research found that women with MS experience a substantial rise in MS symptoms after fertility procedures.

It is also important to note that, after the delivery, a higher risk of relapse occurs when the woman’s system attempts to return to normal functioning to the stress of parturition, insomnia, etc. Studies on Pregnancy and Multiple Sclerosis first discovered that an increased risk of recurrence in the first three months following birth is conceivable if the disease condition stabilization was not achieved before pregnancy. Stabilizing the condition and its symptoms before pregnancy is thought to be critical in minimising this risk. Langer-Gould and colleagues released research in 2020 that found no greater recurrence rate in the postpartum period and concluded that exclusive breastfeeding may have contributed to this lessened risk.

Menopause in women with MS: Researchers found that the symptoms of Multiple Sclerosis get worse after menopause as with the menstrual symptoms. The primary reason is the dropping levels of estrogen caused by menopause.

No matter what your MS symptoms are, there are measures you can do to help control them and cope better. This includes following a balanced diet, exercising, cessation of smoking and alcohol consumption, and mainly focusing on the medication.

We at Ayush Prana make sure that we treat a person as a whole since we think that a person’s health and well-being are dependent on the mind, soul, and spirit.

Ayush Prana offers a PAMS therapy (Dr. Prasanth’s Ayurveda for Multiple Sclerosis) that involves a three-course treatment and is also dependent on the individual’s condition. We give customized therapy for each patient based on their symptoms and overall case study. Our primary goal is to treat the illness at its source and prevent it from recurring.

We acknowledge the significance of a holistic treatment approach for Multiple Sclerosis. However, we agree that medications are not the sole therapeutic option. This is why we instruct Yoga and help you follow a balanced diet to assist in overcoming the difficulties posed by MS.

Dr. Prasanth highly recommends that women who are planning to have a child must first and foremost control their MS and then proceed on their course to a healthy and safe pregnancy. Women, in general, and Indian women in particular, need to understand that they can have a healthy child even in their late thirties.

Book a consultation with us for your customised PAMS therapy and overcome MS. Follow us to know more about our services at Ayush Prana, or for more info, contact us.